Solar energy is one of the most important renewable energy sources in the world. It is imperative to use this natural resource for the production of electricity, especially in our country, where we enjoy sunshine for more than 300 days per year. It is an inexhaustible energy source that does not pollute the environment, is predictable, reliable and reduces our dependence on conventional energy sources.

PV modules generate electrical energy by absorbing and converting solar irradiation to direct current (DC). Then, using a PV inverter, the DC is converted into an alternating current (AC), which can be used for covering the electricity needs of the household or business, or can be fed into the electricity grid.

PV modules can be mounted on flat roofs, inclined roofs, industrial roofs and on the ground. They can also be mounted on sunshades or vertically on building facades or on street light pillars for illumination of roads, parks or whenever you need lighting solutions.

According to the data from the Cyprus Department of Meteorology for the solar potential of the island and according to the results of relevant studies and measurements from installed PV systems in Cyprus, the average production from crystalline silicon PV module for the first 20 years of its operation is 1600 kWh per year for each installed kWp with a fixed tilt angle of 27° directed to the south. This production is considered fairly high compared to that in other countries and endorses the installation of a PV system.

It is important to note that the area in Cyprus where photovoltaic installations are allowed amounts to 3265 km2, which corresponds to 54.4% of the total area of the free areas of Cyprus. 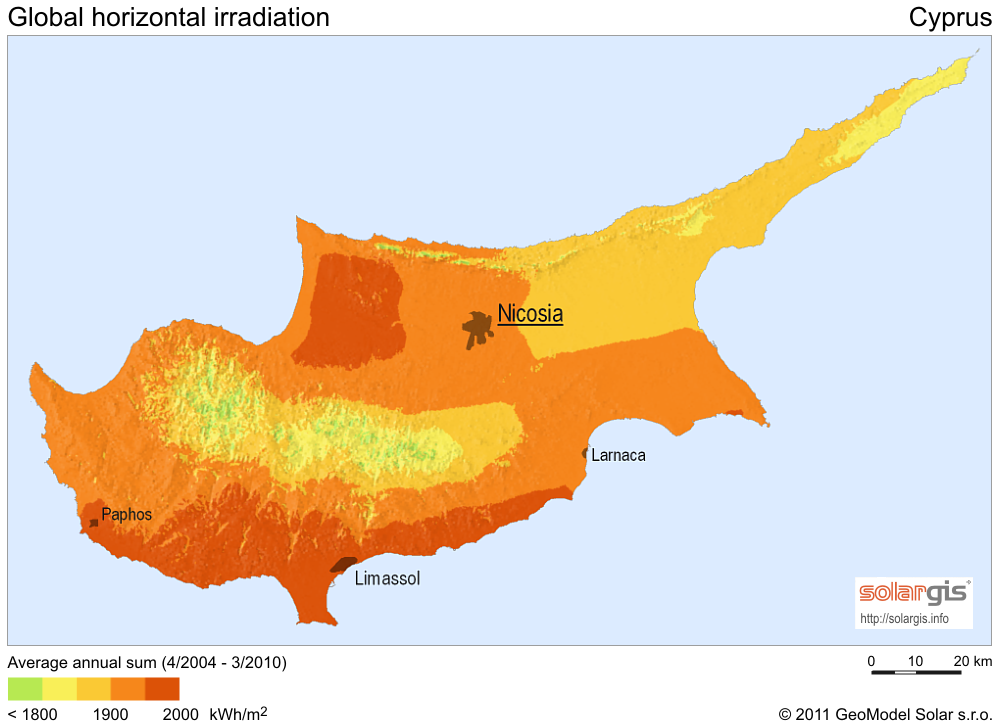